Interested in Playing Axie Infinity? Think Twice. You can be Banned.

Axie Infinity is a crypto game that allows you to buy NFT characters (Axies) and plays them like a card game.

It got really popular in my hometown. People are playing it for fun and maybe “investment”. Investment because you gain tokens while playing the game which can be exchange into ethereum. In my hometown, the returns from the game can be larger than the minimum wage. Although, the barrier of entry is pretty high. That’s why in this game, there are so called managers and scholars. Managers will buy the Axies and the scholars will play it. They will just divide their “earnings” afterwards.

My brother introduced me to this game. I got curious and tried it for “funinvestment”. I started by buying the three required Axies. I played it for day, and gave it to my “scholar” afterwards. Admittedly, the game is pretty fun. I actually considered buying more Axies soon.

Unfortunately, after my scholar played it for day, we got banned. 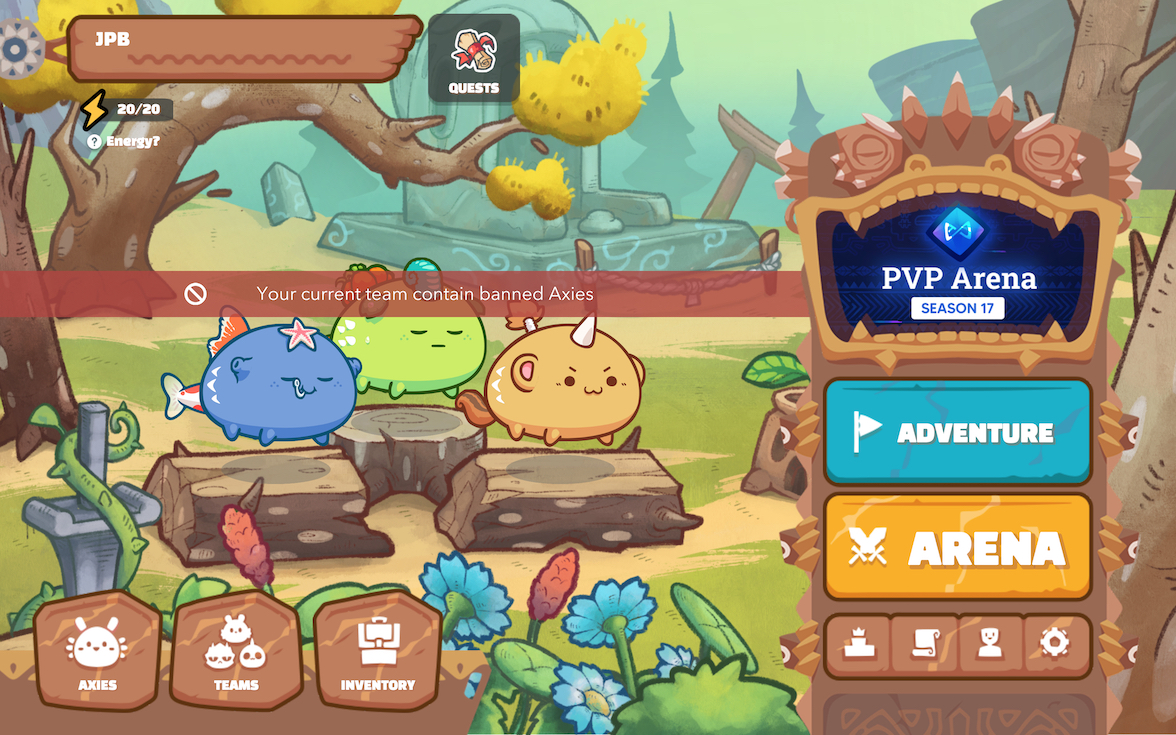 Yes, we got banned. Why? We don’t know. I would appreciate a response from the Axie Infinity team though.

Well, they said that there are only few reasons why they are banning players. I believe that during those two days of playing, neither me nor my scholar is not doing anything illegal and bannable. It was a wrongful ban.

They are pretty arrogant about it though.

They said that it is 100% and there is no way to appeal. Posts from socia media may differ though. Here’s a post from Reddit talking about their wrongful ban. There are also posts and comments in Facebook that their new accounts are also banned. Looks like a lot of new accounts are banned wrongly.

Additionally, they are banning players even if it is Axie Infinity’s fault. They said it themselves. 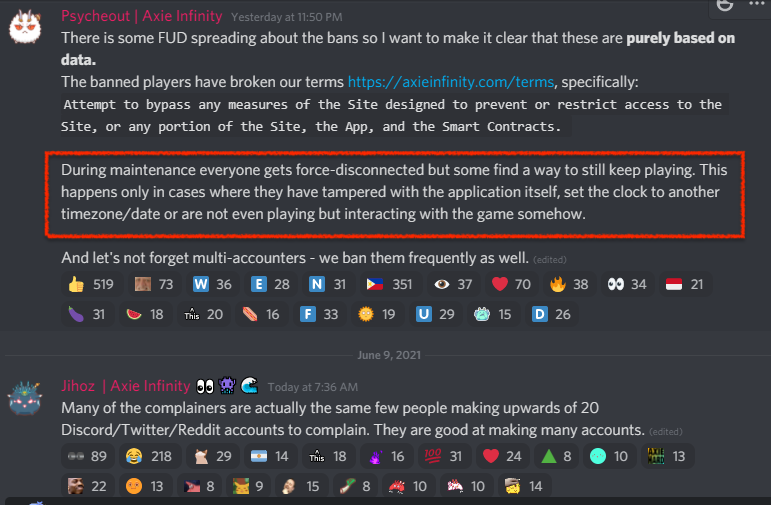 To future players, always be aware of maintenance times. Because apparently, able to access the game during that time is a bannable offense.

What to do after being ban?

Nothing. My Axies are banned for 120 days. Four months of nothing. Those that are banned, or will be banned in the future, try submitting an appeal using this Google Forms. I also tried various means of contact to them but no avail.

To those future players, just be aware that these sort of problems might happen. You will have no control over it. Be cautious before committing because this game has a high barrier (cost) of entry.

To the Axie Infinity team, it’s not too late. You can still investigate why players are banned wrongly instead of banning them also in social media and accusing them of FUD.

Not a good look for crypto games.

To Axie Infinity team, you know how to contact me.