I recently finished this book called AI Superpowers: China, Silicon Valley, and the New World Order by Kai-Fu Lee. It is the first book I purchased and finished as an audiobook. After finishing this book, I can say that it made me realized the capability and power of China in the field of artifical intelligence.

In my opinion, the book can be divided into three parts: the boom of AI in China, how AI affects life, and the future of AI.

The first part is the most interesting for me. It tells a brief history of startups in China. It mentions how China startups started as copycats and then transformed into AI powerhouse after a few years. It also discusses how the government plays a big role in cultivating those startups. The book really highlights the difference of the culture in China compared to USA or Silicon Valley in particular. 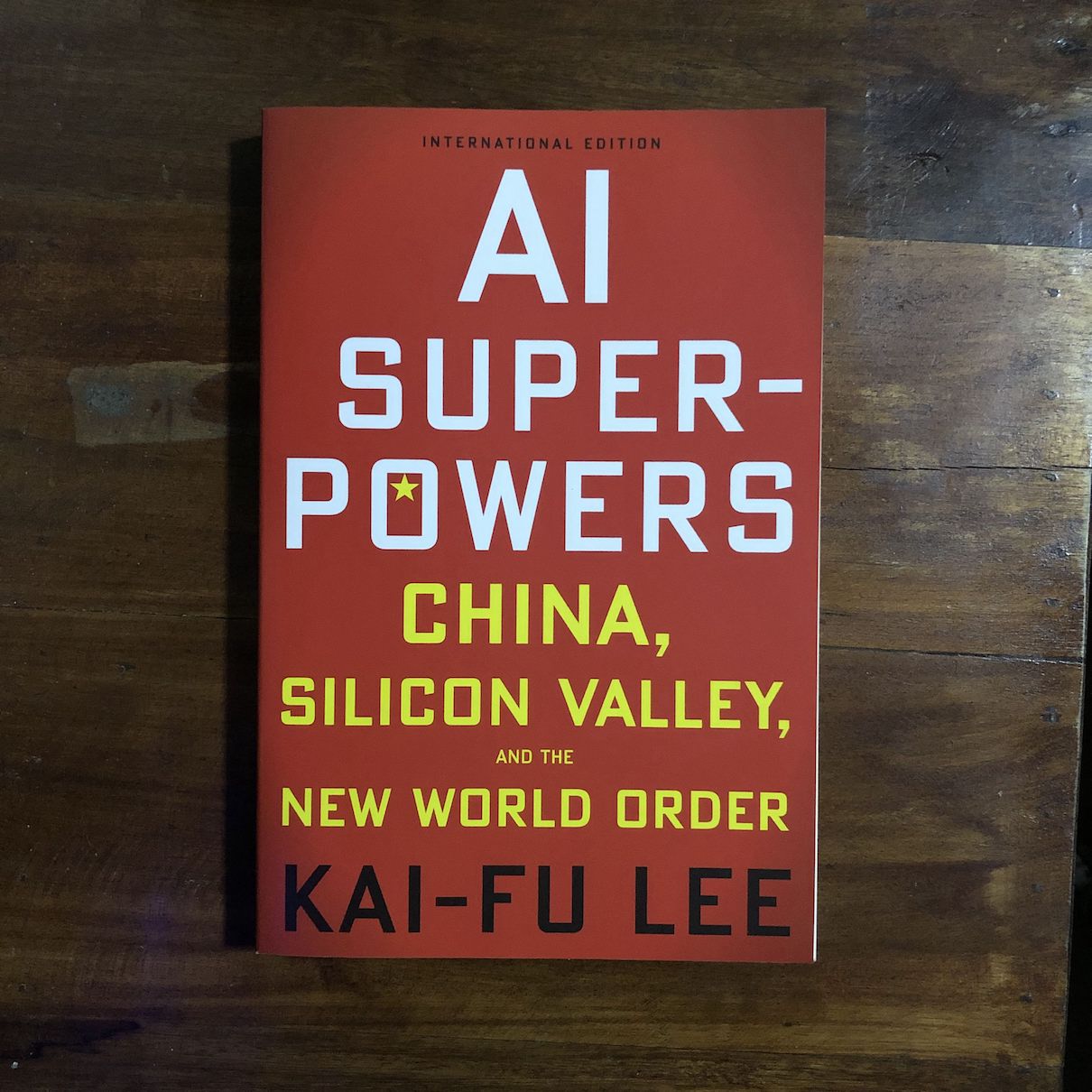 The image above is the copy of my book. Also bought the book even with an audiobook already for collection purposes.

The second part discusses about how artificial intelligence can affect our daily lives. This part also tackles a personal part of the author’s life. The author also shares a few stories about his time in Google China and what happened after his tenure. It is interesting because it mentions the accomplishment of Kai-Fu Lee. Additionally, it is really a surprised to me that he is the creator of Sphinx, an automatic speech recognition tool that I encountered before.

The last part theorize the future of artificial intelligence and how it will affect the world. I think the last part is somewhat familiar being a common talk about AI future. I feel that it resembles and a toned down version of Life 3.0: Being Human in the Age of Artificial Intelligence by Max Tegmark. The book also mentions that some of the AI future that people imagined is already happening in China.